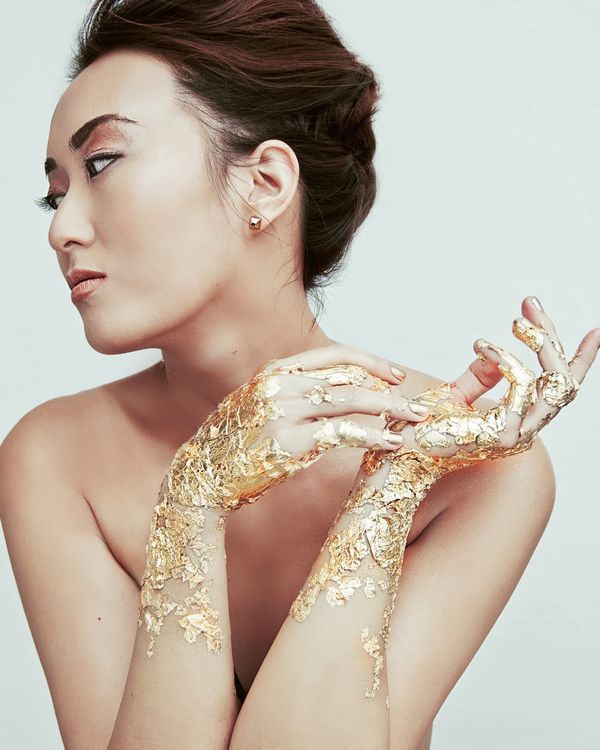 Based in Chicago, IL, Josephine Yang performs internationally as a soloist and collaborator. She received the Master of Music degree in piano performance in 2016 under the direction of world-renowned concert pianist Daniel Pollack at the University of Southern California Thornton School of Music. Comfortable in diverse settings, her performance scope ranges from the traditional concert hall to rock concerts and street festivals. Her recent solo recital was live-streamed as part of Classical Revolution‘s response to COVID-19 on May 2, 2020. Josephine performed as the solo pianist with the symphonic rock band Evanescence on their Synthesis orchestra tour in 2018 at Chicago’s Ravinia Festival and well as at Indiana’s Ruoff Home Mortgage Music Center. She also performed with Il Divo on the Chicago stop of their tour at the Rosemont Theatre on March 27, 2019. She has performed regularly with 5th Wave Collective since its first season, to promote works by womxn composers. In the summer of 2018, she performed in Chicago’s only classical music street festival, the Thirsty Ears Festival, produced by Chicago’s Access Contemporary Music. In the 2014-15 season she made her debut performances with Orquesta Filarmonica de Sonora (Mexico), Arizona Repertory Orchestra, and Sierra Vista Symphony Orchestra, in a performance which won the city’s Hessy Award  for “Best Performance of the Year.” She has performed at several music festivals including Pianofest in the Hamptons (2015), directed by Paul Schenly, where she studied with Mr. Schenly, Kathryn Brown, and Orion Weiss, the 36th Annual Daniel Pollack Masterclass in Seattle (2014), co-sponsored by Steinway, and MusicFest Perugia (2009, 2011), directed by Ilana Vered. She was also featured as a pianist on a television show from Japan’s Shinagawa district, which aired in 2015, and in The Real Pianists of the Hamptons Youtube show.

Since her middle school years, Josephine has performed regularly with numerous orchestras around her home state of Arizona and has been presented in Italy with Solisti di Perugia Orchestra (2009) and with the orchestra in residence at Music Fest Perugia in Perugia’s historic Basilica di San Pietro (2011). Her piano performances have been consistently recorded and broadcast on public radio by Arizona’s 89.5 KBAQ Production Studio. In 2018 she performed live on radio at 98.7 WFMT in Chicago, where she performed Arizona Mirage by Mauricio Arias and On a Windswept Plain by Trevor Watkins, with the composer performing on flute.

An avid collaborator and soloist, Josephine has performed with members of the Cincinnati Symphony, Classical Revolution Chicago, 5th Wave Collective, and many young artists in recitals and competitions, including the CSYO Concerto Competition in November 2016, of which the two top prize-winning performances were her collaborations. She made her Weill Recital Hall at Carnegie Hall collaborative debut in November 2016 with cellist Miriam Smith, who was also her private piano student.

Josephine is a passionate teacher with a full and beloved studio, who sees teaching as an essential expression of her personality and musicianship. She uses her social media platforms (instagram: @yangandfree ; Facebook: Josephine Yang, musician ; TikTok: @josephineyangmusic ) to continue that education by promoting women composers and documenting her artistic processes. She was asked to be a creator in TikTok’s creative learning fund in 2020 to create a healthier environment on the app by contributing her knowledge of music and teaching to a broad audience.

She believes deeply in presenting works by women composers to rewrite forgotten parts of history and to partake in today’s musical landscape. She performs with and is on the board of 5th Wave Collective as the Outreach Director to increase the scope of these endeavors. Some of the highlight performances with 5th Wave include a 2021 collaboration with four-time Grammy-Award-winning ensemble Eighth Blackbird as part of their Chicago Artists Workshop series, in which she performed Margaret Bonds’ “Troubled Water” along with other collaborative pieces with 5th Wave members, “Plugged In”: a 2021 virtual concert that showcased all repertoire that incorporated electronics, in which she performed “Rave” by Molly Joyce, and a 2019 Clara Schumann concert, in which she performed Clara Schumann’s Sonata and Piano Trio.

Josephine champions new music written by living composers regularly and has premiered several new works around the world. She hopes to do more work in interdisciplinary art collaboration and is working on a concert concept that combines the forces of living music, lighting design, art film, and fashion design in an ongoing, large-scale project with Lanly Le as the videographer and photographer.

A recipient of the National Merit Scholarship, Josephine attained the distinct honor of valedictorian of her class at Desert Vista High School. She also performs on violin and has collaborated with many musicians in orchestras and chamber groups in the United States. In 2004, she co-founded the Phantasie Ensemble, a dynamic group of young musicians dedicated to bringing classical music to the public through community service concerts. She holds the title of Miss Phoenix Chinese 2011. Josephine resides in Chicago with her fiancé and constant inspiration and collaborator: actor/singer Koray Tarhan, and their two rescued dogs, Bella and Luna. [Check out their first published collab with Travis Wright, Keep Belief, here on Spotify! They also co-wrote the theme for the Super Thought Bros podcast and the Seed to Tree podcast.] You can also catch all three of them on their gaming/arts stream on Twitch as part of the Super Thought Bros (Josephine also flexed a different artistic muscle and created the logos for the brand)!